Zorim's "THE ONLY SIMPLE" Dairy

Today is Holi but I’m just too lazy to clean myself after playing so I’m not playing Holi for that reason.
And also, as we are in college, I’m busy and so are my friends and not many would join to play Holi .

So no Holi for me,but I have enjoyed playing it earlier.

I am pretty sure I have hit flatline a second time!!!
I have noticed that I have lost a lot of interest in doing pretty much anything.
As usual, during flatline there’s butt ton of boredom and it is tough to go through.

I had hit flatline earlier during my 30 days mark and back then, it was a similar experience.

I think that the flatline from 30 days hasn’t ended and has continued.

It has surfaced after a few days of ill health.
I was sick immediately after flatline for a week and I didn’t notice any boredom or weird mood swings.

But yeah, from my experience, flatline can take a break and can surface when you have nothing to do much.

I also have been experiencing a lot of urges from the past few days but I am powering through with ease.

I hit 100 sessions of meditation today,feels great and relaxing.

Even though those are many sessions, I have been very much inconsistent and need to work on meditating daily, atleast 2 times.

I have started taking leave from college due to Pandemic . The colleges here at Karnataka are open so I won’t be going because there are rise in cases in surrounding areas and there’s complete disregard for Covid in our college.

This month is gonna be a good one since I will be studying hard and I am stoked about it .

I am going to stop updating my streak, It’s final and I stand by my decision.
I have uninstalled the app because it’s addictive (especially with friends like samaranjay, Nofapstar, govind19 and likewise) and am going to use the browser instead because I am super good with controlling my addictions now.(still quitting PMO though).

I will continue using the forum and it’s advantages for my betterment.
I can’t quit the forum because it’s too good and quite helpful to be frank.

So yeah, last check-in for the streak.

because it’s addictive (especially with friends like samaranjay, Nofapstar, govind19 and likewise)

I get your point, though I gave up everything else so that I don’t have to give this forum up, I stopped using insta and Facebook just a while back.
And regarding this forum, I’ve decided to use it just at night, fun time is essential too

. Uninstalling the app is also a good option though, you’ll waste less time.
But don’t forget to update your study hours in study challenge this month, I saw your name in the sorting list, I also saw you did 10 hours in 21 days

I stopped using insta and Facebook just a while back.

I stopped using FB years ago and insta during initial days of lockdown.

I forgot to record of my studies properly and anyway I was down the whole month , along with ill health and college, with extra classes.

So I typed in a number below than that of guessed one.

I have discovered my true potential in studies now as I have found my study method, it’s the old way I used to study and had changed it due to huge amount of portion, as soon as entering college.

Also , during lockdown we shifted so I started using the table to study . I used to study on bed earlier, despite having table and also I used to stroll in my room and study.
Don’t laugh, I study fucking loud and make sure everyone in the apartment know I’m studying

Also, some dude in college insulted me that I studied loudly and only children studied loudly so I felt dumb and started studying silently in mind but this severely fucked me up and for two fucking years, I have suffered, not been able to study despite interest.

Now though, I study like the old ways and I fucking rock at it, I don’t study quick but boy’o boy I don’t forget for a very long time.

Now though, I study like the old ways and I fucking rock at it

Nice man whatever works for you, but I gave up studying loudly after 9th or 10th class

, dude 11th and 12th are like the base years where you have to learn how to study quietly, you’ll be fckd in college otherwise

, you won’t find a single place where you can study loudly yeah except your own home and I know you are not planning to stay there forever.

but I gave up studying loudly after 9th or 10th class

I gave up studying since 10th…

gave up studying since 10th…

I can study silently if I’m forced or have to but since I have the pleasure of studying at home for 99 percent of time so it’s awesome.
I can remember much more than usual but it’s slow and steady work but you gain some, you lose some.

Thanks to @Samaranjay for the heads up on the half century, I totally forgot since I stopped counting my streak ( well this does go against it )
but hey , it’s an achievement nonetheless.

It’s not a big number but it does not matter to me now anyway.
The last time I had this big streak, it was during lockdown.
I used to exercise and fucking hit those ticks really well off my routine list.

Btw,
The last time, I had relapsed because I was in mental distress and wanted to get out but now, I got that shit out of my system.

EARLIER ( PAST STREAK) I knowingly,yes knowingly relapsed to know how it feels to have that high streak, how the benefits made me high and also how it’s toppled very quickly and the toxicity of the nature of PMO .

But anyway, the fight isn’t over and it will never end (it’s eternal). But hey, atleast I can try as long as I live.

Also thanks to celibacy and Brahmacharya , I feel better and have really different opinions on things now.

I have lost interest in the opposite sex and treat all genders the same.

But anyway, only time will tell if I survive but I won’t fucking give up, not at all. 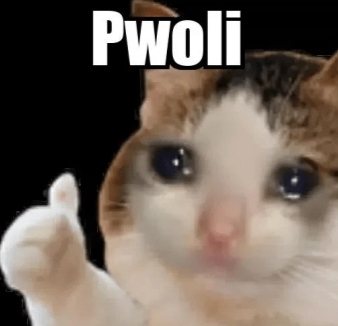 But anyway, the fight isn’t over and it will never end (it’s eternal). But hey, atleast I can try as long as I live. 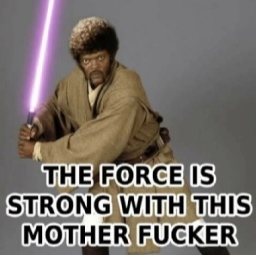 Was waiting for eternity for you to post the star wars one.

Hey btw you are past 90 days so be fucking careful, keep the force strong!!

It’s been hard from the past week, have been experiencing worst flatline, have no interest in anything, can’t seem to get up and do any work,binge yt for hours, keep procrastinating ect.

The flatline I’m experiencing is the second and it’s so fucking hard to do anything.
I have been taking leave from college to study but seriously I have no motivation and I’m just wasting time.

I can’t get myself to study.
The current and next month are very important and decide my future as I have my exams, 12th exams and JEE to be specific.

Flatline is so fucking hard bro, last time I relapsed but this time I’m just sitting through everything.

Hey guys, hope all of you are doing good.

I had to go out for some reason so was not active on the forum.

So I had a great thing to say,

So a week ago or something, I was watching on YouTube (definitely nothing sexual as I’m a celibate) and an awkward scene came up .
It was a meme compilation video and I won’t delve into the details because I don’t want anyone to have unnecessary urges.

I was not present in the moment and I was watching but suddenly the scene came up and my mind was so well trained to look away that it instantly turned away from the screen.

When you train your mind everyday to do a specific task, it gets incorporated into the subconscious mind .

The days of NoFap, Brahmacharya and celibacy have definitely helped my get out of sticky situations .

instantly turned away from the screen.

Yup that’s what happens with me

No fap is love.

Good to know that even though you are not a celibate, you look away.
it’s a simple thing to do but people forget and this causes a damn peek.