(The actual diary starts in the replies, the topic is more of an introduction)

WARNING:
This diary (Hopefully) contains high levels of christianity!
Proceed at your own risk.
You’ve been warned.

Before starting
I’ve always been trying to stop this, actually, but sometimes I did it more than once per day… I couldn’t end my work in time, I was always busy and never had time for myself. I feelt even worse every time I did that, I felt so discouraged.
One thing I noticed is that I often tought: “This will be the last time.” Guess what? It never was

Short streaks (3-4 days)
The big problem is that I decided to never do it again, I don’t have to stop for like 1 month and then I can do it, so I always think “This is the last time”.
It’s almost unnerving, there is not something you can do, you just have to wait… And time feels so slow

When I relapse
It’s usually when I’m bored and the urges are triggered by the smallest thing like a thumbnail of a YouTube video. Also the famous last words “One peek won’t hurt”

What I’m going to do
I won’t stop using YouTube but I’ll have some rules.
I watch it when I have nothing to do, so it’s easy that I end up seeing weird pictures in thumbnails or pfp, instead if I watch it when I know what I’m going to watch, and not when I just want to waste my time, I’ll probably have less urges.
I’m also writing some notes to read when I’m feeling an urge, like quotes or how I felt after relapsing.

When nobody’s following your diary: :(ㅤ

Do my bed after breakfast

The good thing is I had 2 urges and I didn’t fap! The first time I went for a walk, the second one I just ignored it and it worked!! Most of the times I make high streaks just because urges don’t come for some unknown reason lol

21/03/2021
I know it’s not related to PMO but today I finished studying hiragana! (The easier japanese alphabet)
やったあああ！！！

It’s OK, Come back stronger!
Visual triggers are our biggest enemy.
I also had relapsed 2 days ago due to visual trigger.
I think we have to be ruthless against our temptations , we should minimize the internet usage and should not watch YouTube, movies, series etc.
Meditation is game changer.
Meditation and cold shower are our most powerful weapons in order to destroy PMO, Use them daily.

And hear this daily: 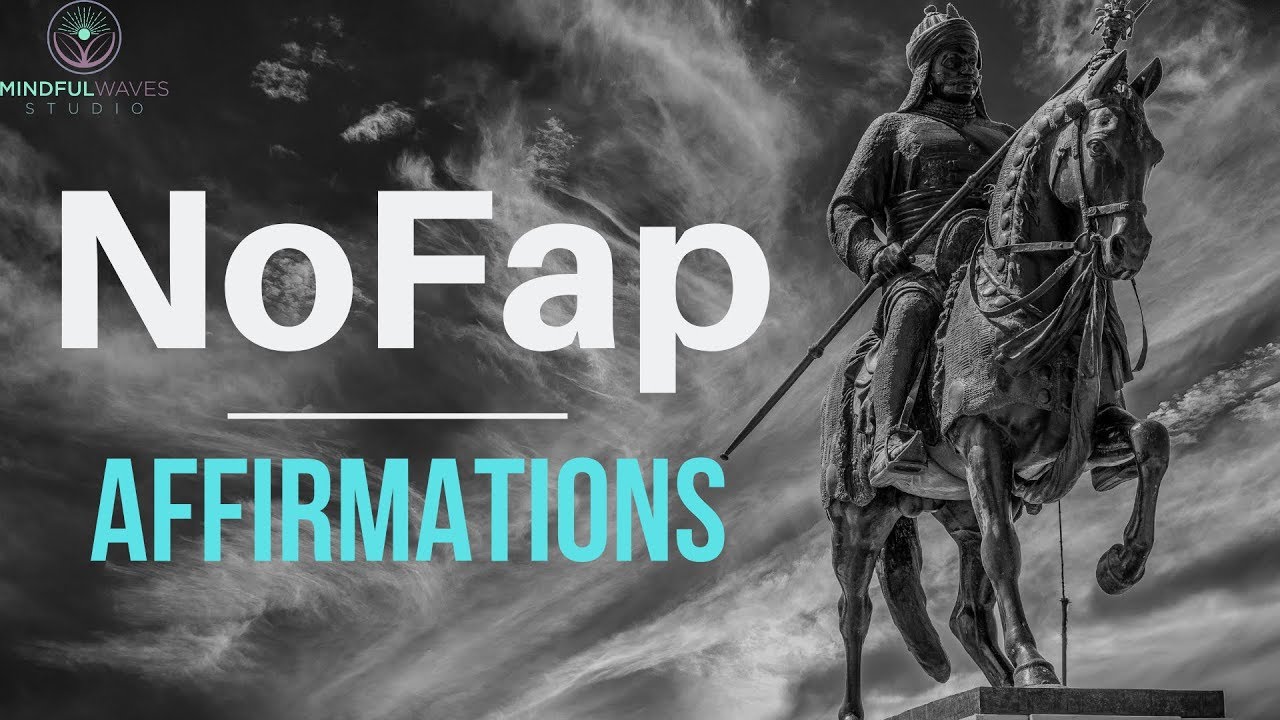 …Yesterday I relapsed, again. I’m afraid I’m coming back in the phase I was talking about in the first post

Before starting
I’ve always been trying to stop this, actually, but sometimes I did it more than once per day… I couldn’t end my work in time, I was always busy and never had time for myself. I was feelt even worse every time I did that, I felt so discouraged.
One thing I noticed is that I often tought: “This will be the last time.” Guess what? It never was

Ask yourself these 3 questions after every relapse and write down it in your journal.
1. What led me to relapse?
2. What mistakes did I make?
3. What could I have done instead?

Learn from your mistakes and don’t repeat same mistakes.

I believe in you, You can do it!
Distractions will pass and you will be victorious!
All the best, more power to you!

Thank you!! You are really helping me!!
Today it went good. I don’t know if I’m the only one but sometimes I feel weak urges that are more like remembering PMO exist and I have nothing to do- Today I felt one of these and didn’t relapse. I know these urges are weak but still something!
Ash_Matt told me this and it became my motto. “Imperare sibi maximum imperium est.”

(Hey Ash_Matt is there copyright on that sentence? XD)
(By the way I’m going to update this diary more often, I feel like it’s a good way to develop strategies, realize what’s the cause of relapses and how to avoid it, like if I’m studying previous attempts)

28/03/2021
Current streak: 4 days and 12 hours
You know whatat does this mean? I’m not anymore in that situation I was talking about!
(When I relapsed more times per day and couldn’t last more than 2-3 days)

Ok so it looks like the key is ignoring instead of fighting (and thank you Mehedi934 for telling me this! :D) so like not thinking about it when you get an urge and having a cold shower or doing push ups.
Maybe I’m gong to do push ups 'cause I’m already weak myself . _. So it will be twice as useful.

We’ve got a win today!

I had an actual urge today. And didn’t relapse! The Holy Roman Empire is gaining terrain against the PMO republic!
[Sound of le me having an idea for an epic challenge while writing this]

@Alpaco I suppose not, the original claimant has been dead for centuries

but yeah I’m just a huge fan of Greek/Roman Civilizations, probably thanks to PJO. SPQR!

Today it will be 1 week since last relapse yay. Ignoring the urges works, thank you Mehedi934!
Now that it’s been 1 week I can’t use that evil thing that “This will be the last time, I’m losing a short streak anyway” because for me 1 week is quite a lot. No too much but not too small either.

Sh*t
I shouldn’t have talked. Why am I so proud (I mean proud as a sin). I should have knew that instead of focusing on my streak I should have focused on what comes next. The flatline.
I relapsed. In 2 hours it would have been 1 week.

Ask yourself these 3 questions after every relapse and write down it in your journal.
1. What led me to relapse?
2. What mistakes did I make?
3. What could I have done instead?

Learn from your mistakes and don’t repeat same mistakes.

It has already happened that I relapsed on the 7th day, next time I’ll be paying attention. It’s probably when the flatline begins for me.

I was studying Eugenio Montale (You probably don’t know who he is but ok. He was a poet) and there is this thing he wrote

Good I have not known, outside the miracle
which discloses divine’s Indifference:
it was the statue in the somnolence
of noon, and the cloud, and the lofty hawk.

(Translation by A. Baruffi, Literary Joint)

Today I’ve spent a lot of time outside. Not mucht o say tbh. I didn’t feel an urge if not a small desire, but it was really weak

We should find a name for those

But really, they are super easy to handle.
Well… One thing happened tho
I usually go in the chaser effect after a relapse. It didn’t happen this time, even if for now they are just 2 days

I could make a graphic to realize streaks lenght

Edit:
Jk now I’m having an urge. Pretty weak too but a lot stronger than the one I was talking about.

Ok, I just had an urge. Pretty strong for what I’m used to, but now it’s gone.
I think I should give a backstory tho.
When I was in elementary school I had a friend. He was smart and funny but also a pervert. He already knew how babies born and not only that but was a PMO addict (And he still is…). Completely, he didn’t just fap at that young age, he would do a lot of dirty jokes and watch porn too. I was his friend and was innocent and dumb so he taught me everything. That’s how I discovered MO. 3-4 Years later I started watching porn too. I knew it was a thing before watching it but I didn’t have a phone and didn’t really know how to hide it from my parents, it just wasn’t for me.
I knew from the very beginning it was bad. I didn’t know it was a mortal sin and all but I knew something was wrong and I shouldn’t do it, so I always tried to stop but I was so young…
During the addiction there were ups (30 days streak) and downs (The worst period was 3-4 times per day).
One day, after I had relapsed I downloaded an app that kept track of my streak (Quitzilla) and it was kinda cool but didn’t really help. Some months later I decided that Quitzilla wasn’t enoguh and searched for an app that could help me more and here I am on Rewire Companion.
Now I’m still really young, the thing at elementary school happened only 5 years ago so you can get an idea of my age hahaha.
Oh right, about this, do you think something changes about nofap basing on age?

about this, do you think something changes about nofap basing on age?

I think it does, I am 23 years of age currently and I am pretty confident that I’ll get a job and a girlfriend in a while, but I have to work for that, so that is my motivation now a days for doing no fap and I am feeling confident too that I’ll never watch p*** again in my life. But I can’t say anything for sure as I embarked on the journey of no fap just last year. @Alpaco

Does being young change anything for nofap?

NoFap is something people start when there at there adulthood but some people realized the addiction early. One of those people are me im 14 and started fapping at the age of 7 I feel like between older people and younger people theres a big differance to Nofap. I heard instead of the recovery date being 90 days for young people its 30 Is this true? I also hear its harder for younger people to be on Nofap and that one day is like 10 days fir an adult. Which Im not sure if that is true so can a…

As a Young People™ myself, I agree. I often try to make my friends change their mind about fapping, and the only one who tried couldn’t last more than 1 day and gave up after 4-5 days. And it’s hard for me too ;-;

I usually fall into the chaser effect after a relapse, and this time I didn’t! 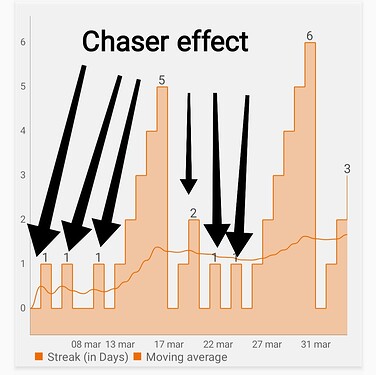 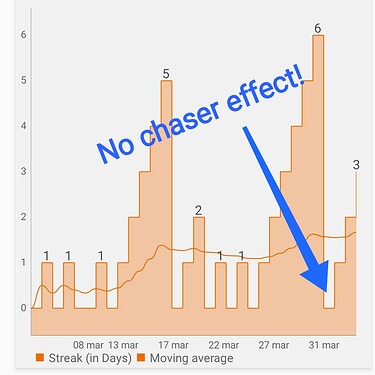 Also, before writing this I was feeling another urge, a lil bit weak and it was gone in some minutes.
We are near Easter, relapse isn’t a choice!

before writing this I was feeling another urge, a lil bit weak and it was gone in some minutes.