My journey to self mastery- DisciplinedSelf's Diary

Hey there,
I’m DS (Disciplined Self). I’m not disciplined yet, but I hope to be, and to start from now.
New account here but I’m not new to nofap.

I wanted to make this diary because I wanted a place where I could journal all of my days, so that for each day of 90 days (if when I get there, there would be something others could be inspired by).

I also want to keep track of my daily goals:

Over 8 hours of study/work

No perusing unneccesary sites till my exams are over. This includes things like gaming of any sort, browsing through reddit for memes or jokes

Right then, let’s see how this goes. I don’t know how many people will read this, but I will post useful self-improvement ideas along with summaries of EasyPeasy along the way, and I hope it may help some people. Most of all, when I re-read this journey I want to be proud of the progress I’ve made 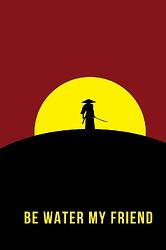 Brother will you share your code with me?
So, I can keep an eye on your streak

Sorry, I do not use the app, only the forum online

however, on my profile description, there is a link to a website which will show my current streak.

Ohh ok. Wish you best of luck for your journey to quit PMO

. If you face any problems just dm me so, I can try to help you…

Thank you very much for you kind words and welcoming. Stay blessed as well

I couldn’t study much today cause in morning we went to my cousin’s place to celebrate her exams ending. Also it’s Sunday. But I think I got in 4-5 hours of study. Rest of my daily goals are done besides cold shower.

Of course not! You didn’t even consider it, because you had actual drinking water!

Day 0 for me again. Pathetic.

I seem like a nice and polite and perhaps even prude person outside, but the inside of me is filth. I need to work until I am proud of myself- of who I am. I want to be someone I can look up to, not this idiot I see myself as now.

I need to get rid of the brainwashing of PMO and escape this chaser effect.

Changes I have made:

Today’s goal would be to read some chapters of EasyPeasy. Or well, not read, rather re-read. But whatever it is, I will do it. Whatever it takes to be free of this filth.

What you do today is important because you are exchanging a day of your life for it.

It’s the same day, just though I’d take advantage of the enthusiasm while I have it.

The real problem is day two, ten, or ten-thousand where in a weak moment you’ll have ‘just one peek’, want another, and suddenly you’re an addict again.

PMO withdrawal symptoms are actually very mild- people tend to overemphasize and give them more power than needed. Things like flat line and chaser- I personally think flatline can be avoided. Chaser just refers to how hard it is to break a habit, which I think people know by experience even before nofap.

When you enjoy something in life, you enjoy it while you’re doing it, but you don’t sit around feeling deprived when you’re not.
Take skating or reading or even playing a sport- even though I enjoy playing basketball, I never feel so deprived that I can’t do anything else if I don’t get to play basketball.

When one stops, they usually suffer dopamine withdrawal pangs ( I know I do) and then they want to use again. And then we think we picked the wrong time to stop, perhaps we can stop later. In my opinion, the best time to stop was when you first watched. The second best time is now.
The most stressful parts of life tend to be childhood and adolescence, according to the author.
Never confuse responsibility with stress.

That’s awesome! I hope it helps you as well : D
Yes let’s make a change.

Thank you to those posting/liking posts in my diary. It’s motivating

Over 8 hours of study/work (had to go out, so only around 6 hours done)

Working out (still sore after an intense work out two days back. My musces still are screaming so I’ll give them time to recover before working out again)

No perusing unneccesary sites till my exams are over. This includes things like gaming of any sort, browsing through reddit for memes or jokes ( I used reddit to look up some mbti and also played a game for 5 minutes. That was my bad. Reddit was due to mail updates on spaces I follow, so I’ve unsubscribed from that)

No matter how bad or slow things go, you’re still way ahead of everyone who isn’t even trying.

Some useful articles I found on DeltaFosB: 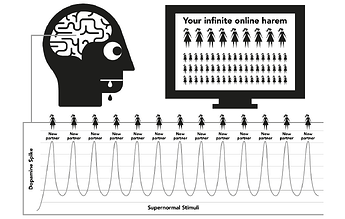 The human body is the most sophisticated object on the planet, but no species, even the
lowest prokaryote, survives without knowing the difference between food and poison.

Over 8 hours of study/work (today was very unproductive

Working out (still sore after an intense work out two days back. My musces still are screaming so I’ll give them time to recover before working out again)

No perusing unneccesary sites till my exams are over. This includes things like gaming of any sort, browsing through reddit for memes or jokes (checked out some memes again :/)

I need to work harder and not make excuses. Improvement is a must.

The people who are crazy enough to think they can change the world, are the ones who do.

At it’s core, the message of most modern day shows is “The most precious thing on this earth, my last thought and action, will be orgasm.” Is this exaggeration? In any TV or movie plot and one can see the mix up of the sensory and the orgasmic parts of sex, most of which is absorbed subconsciously.

Self-discipline is not self-loathing. 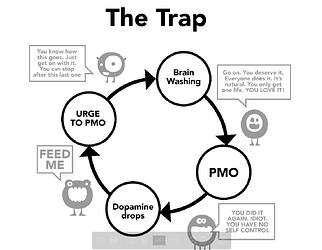 Fear of being insecure makes people afraid to quit. And this subconscious fear drives them mad- and often they lash out to close ones and are angry, even though they don’t know why.

Stop saying you’re giving up PMO. You are not giving it up. You are ESCAPING FROM it.

PMOers don’t gain anything, but they do lose-

The list goes on, the point being PMO doesn’t give anything. It’s a loss.

I had an insane urge recently, I am writing down how I faced it so that I might help those reading.

One thing that helped me also was remembering my girl so if you have one that helps too. We’re not dating at the moment since I told her I have some goals I want to pursue first (she does too and she respects that) but she still is my best friend I tell everything too, and I don’t want to make her sad.

I have a marvellous idea,
Use digital detox app (Hope you have heard about it) There you can enable prevent escape from detox and disable using emergency.
It is simply cool and effective and simply better than the most blockers in use, you can’t restart your mobile, you can’t close your detox when it is active, so I recommend using this D.D. during an urge so that it doesn’t enable you to feed your urge by watching/edging P***.

Thank you very much for the advice! Currently I don’t use my phone though. At most, I use it for ~2 minutes per day to set alarms to wake me up from sleep. I’ve uninstalled everything else, including Google and YouTube from my phone too, due to exams. So the phone is okay, only the laptop is a bigger problem. But thank you for your help all the same!