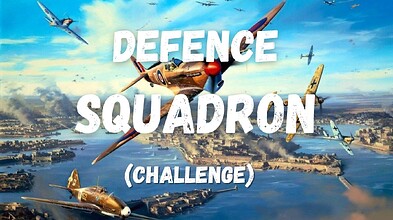 Well done, chaps! We now have 2 full squadrons of fighters ready to defend the city!

Still interested in joining? join the NAF Army Reserve and you may yet get called to serve.

The challenge is now closed. 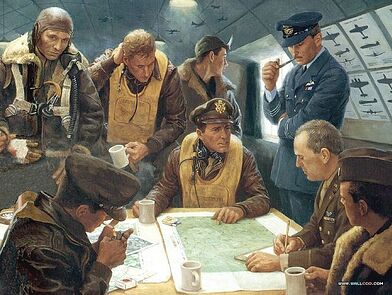 Here you can keep up to date on the progress of our pilots.

The number next to this

symbol indicates the number of bombers who made it past that specific fighter.

The number next to this

symbol indicates the bombers that fighter has destroyed.

The goal of every man on our crew is to keep the first number to zero and to not allow a single bomber to drop its deadly cargo.

Click the "(details)" tab below the various districts to learn more about them.

Damn, this is a great challenge idea, I’d love to join!

Also, if you need me to make any posts a wiki, do tag.

at Fairencourt. Let’s do this RAF style!

Jolly good on ya, mate!

Add me too
Sharing code -tgai3p

Damn . Great challenge .
I like your efforts and creativity. I would love to join .
Sc- q2wnau

I would love to join bro …

Officer Cadet Vicky on duty sir! I’ll protect Hadleigh Downes and it’s people till I take down the last of the bombers of The Triple X Alliance of PMO.

Btw kudos to you for coming up with such an amazing concept. This community is getting better everyday and these kinds of exiting challenges encourage people to take no fap more seriously. Good luck buddy!

Count me in
Code - a5ssyg

I would like to join the challenge. It seems quite interesting. Thank you for your efforts! My details:-
Name: saksham3
Sharing Code: pfxjly

Brilliant idea!!! Very creative bro! I appreciate all the effort you put into the challenge already!

You always come up with the best challenge ideas brother @Keats

I needed this @Keats, thanks for you immerse contribution to this community,
Code : fjlqh6,

Im sure This challenge will be