Hi I am Risinglion123 , I’ve been in this forum for almost 2 years. People who know me here may ask me this most eligible question of this century. Why ? Why again.

Well I don’t know is the only the honest answer I can say right now. Regarding my current timeline , I relapsed after almost a month of No fap.

This diary is to make myself come back on track asap. Now another question arises. Why not use the old diary. Well my mind is giving me some screwed up reasons preventing me to continue from that.

For the people who don’t know me. This is my story in a descriptive manner

My main motive associated with this diary is to update myself regarding productive activities , random thoughts and ideas , Hobbies or anything that I feel like writing.

Earlier I have a YT Channel to livestream productive activities but replaced with Twitch now. So from Discipline perspective , Going Good from blessings of God , But still there are times I go out of track.

So I am planning to update myself during lone moments trying to reflect what’s happening to me.

The discarded YT Channel will be continued soon. I changed its name to " Some Random Things " because my videos would be random. I like to upload Videos in Social media so I choose YT for that.

Another reason for this diary is that I am starting my GATE Coaching tomorrow. So I want to be productive asap. I am using Twitch as a motivation to be productive and using this platform to come back on track asap.

These are my thoughts for the time being.

Planning to update from tomorrow onwards

Woke up at 7 AM . Planning to go to Driving School now

After waking up, my dad has gone to hang out with his car , the only way I could reach my driving school is through cycle.

It took me like 30 minutes to reach there. But I was late. There were no one in the driving ground.

I didn’t have a breakfast , so I just had a packet of roasted masala peanuts and 2 bottles of lassi. Despite being unable to do my driving , Had a 1 hr long cycling. A good workout in my opinion.

After having a breakfast from a nearby restaurant , planning to go to Chottanikkara ( An auspicious temple in Kerala ) .

Thats my thoughts for the time being.

Reached home after praying at Chottanikkara. Then gone to lulu mall as my mom said she wants to treat me and my dad for completing her 26 years of professional service. 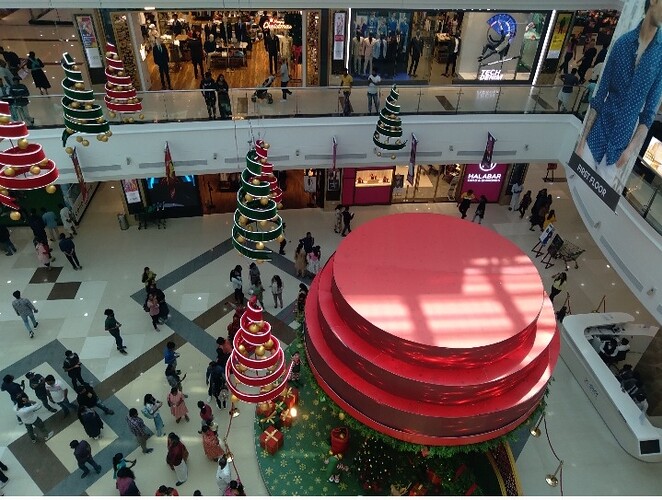 Inside lulu mall , We went to Paragon hotel but have to wait outside for almost an 1 hour because the seat were filled inside.

After I hour , I ordered Ghee rice and Gobi 65. Currently I am in a watch showroom to replace the old strap of the watch that belongs to my mom.

That’s all my thoughts for the time being

It took almost like 1.5 hours to replace the strap of my Mom’s watch. In those hours my parents were simply roaming around the mall. I hate window shopping so I thought of staying inside the lens showroom.

I was busy updating the RC app but slowly my Internet connection started getting weak . So I played that Dinosaur game available in Chrome for the time being.

The name of the guy is Richard and we started a small conversation like his college life etc. Then I got a call from my parent to reach to the lens showroom asap. So I bid farewell to him and took a simple family photo on the topmost floor of the mall 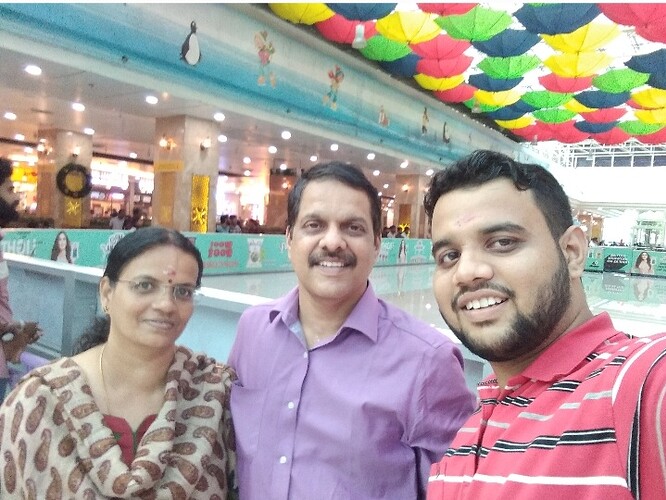 After that had a mango and an orange juice, reach home and had a 1.5 hour nap. Then had ghee rice as dinner while was bought as parcel from nearby hotel.

Now planning to pay the fees for GATE Coaching.

I told my parents about paying for the GATE fees but both of them were immersed in the World Cup match. They told they will do it tomorrow.

I was unable to control my urges and relapsed. The only strategy I can think of right now is to study downstairs. Anyway studied DSP for 1 hour. Will do LIC tomorrow. Going to sleep asap for damage control.

So that marks the end of this day. Good night

Making a small apology that I slept at 2 AM. After the relapse I was binging YouTube . Anyway Woke up at 6.30 and was rushing to catch the bus.

Read 30 minutes of Inshorts news inside the bus. Tbh I was feeling very sleepy during regular classes. Bought a cup of tea to cope with it. But it didn’t help.

But when I got some free time , Idk why I cant fall asleep. So I spent reading 5 pages of " My experiments with truth " book by Mahatma Gandhi. I almost completed three fourth of the book.

Had lunch and ready to continue the class.

After the previous update , I have got 10 more minutes left for lunch break. Till that point , I was in a situation in which I was tired but unable to sleep at the same time. But in those 10 minutes , I got sleepy and took a small nap. It was refreshing.

That 10 minutes long nap has helped me to endure the next 1 hours lecture. And by God’s grace , I got a free period because the professor was busy correcting the internal exam papers. And man , I slept for 45 minutes like a baby

. I had no idea of what was happening around me that time.

After that I have 30 more minutes left. My dad whatsapped me that he has done all the payments associated with GATE. I was happy and frustrated at the same time. Happy because its my short term goal to get M.Tech in IIT like @Samaranjay , frustrated because I was developing some kind of PTSD associated with it.

My 11th and 12th Standard were some of my darkest days of my life all because of this addiction combined with JEE unnecessary pressure. This GATE is more like JEE - Season 2 for me. I know sometimes I think too much and must move on from this asap.

This frustration has been daunting me for almost an hour. I ate 4 samosas and 1 vada to cope up with my pent up anger.

On my way from college to home , I was completing all the legal procedures associated with joining GATE Coaching online. Now I can start my GATE Practice from now on.

On reaching home , polished the shoes. Now planning to do leg , calves and glutes workout. Will start that when any one of my parents reach home. After that iron the shirt and pants for tomorrow.

Happy because its my short term goal to get M.Tech in IIT like @Samaranjay ,

Well it was never my goal

.
But since you are in Computer Science doing Mtech from IITs will be of hugeeeeee benefit.

Well it was never my goal

being a mechanical engineer I aimed for Gate just to get into Public Sector job. I am still pursuing that but the recruitment process is too slow. A lot of patience required.

am still pursuing that but the recruitment process is too slow. A lot of patience required.

. I hope you have some backup plans other than this.

No video in your channel
@Risinglion123

You are a real hero…

Earlier I had some videos of me Studying, working out etc but those activities are now replaced by Twitch

You are a real hero…

Thank you so much . May I know why do you feel so

Nope. There are actually a lot of public sector companies and chances are bright if you are in top 500. It just requires time and patience.