The End? the begining!

So finally the day has arrived, the moment everyone was waiting for! Im Ryan, who is hosting this amazing trophy giving! we have seen many brave trainers battle through tough situation , we have seen many setbacks, we have seen pain , endurance, struggle and lastly the pleasure of victory at the end! But we know, only a few among them push through their limits! Let us call the winners to the stage who will be awarded shortly by the chairman of nofap league! @GO…

I felt bad earlier light didn’t win at the end. But its a childish mindset. He used to see world as just black and white. Good and bad. He didn’t see people could be better. He wanted to create a world where there was no evil.

Ryuk did have a point when he said " If you eliminate all bad people, won’t you be the only bad guy?"

Light wanted to be god. So yea he had mindset of god. But hes a human afterall.

I loved ryuk and the way he says "Huh!"

I 100% agree with Light! He’s the best villain and he definitely makes a lot of sense. I support his cause, just like how I supported Thanos in Avengers and Richmond Valentine in Kingsman! And no my opinion is not at all biased because I love villains!

The joker from dark knight

, but I felt bad for light when he lost in the end and I was in full support of light for the whole series that dude was just awesome, I felt all this probably because I didn’t have much sense back then to think this deeply about light’s doing as @nofapstar123 did

a week completed,no mistakes this time, i have already done so many mistake in my past streaks!

I was just kidding brother !

Thats where i got it from… "huh"

All this would not have happened if ryuk wasn’t bored ! 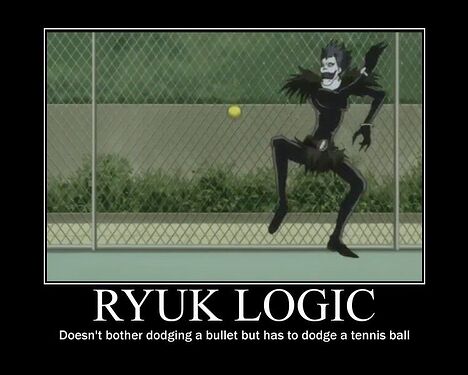 Yeah man,he wasnt afraid to dodge bullet but this made me laugh😂

Tanmay reacting to one punch man is gold

No one
Literally no one
My brain: MATSUDA YOU IDIOT!