Nep's diary (in pursuit of being unbreakable)

I have as well and 80% of them are floating around women. I’ve been locked up in the castle of porn for 18 years, doors and windows in this castle don’t exist, I have to dig through the thick wall of this fucking castle to free myself. And when I see the harsh cold reality, it’s feeling like to go back in the castle, at least is warm and confy in there and I have my harem of girls, I don’t need to learn how to approach a woman in there, I just click and they coming.
But I have this problem, I don’t enjoy slavery no more

Yeah I was no different back then. And I can still be same person if I go back into that direction. But I got to keep fighting back every second.

My urges are back again. But this time it is quite different. But they seem “intuitively healthy”. These are different from the toxic urges that I had. It is difficult to explain in words, it has to be felt for sure. I think it was from day 40-50 itself. Those urges were highly compulsive. What I endured from initial time was fucked up, it looks like I’m freed a little. Could it be that from day 40-50 until now I was in flatline? damn. Nofap journey is still not over yet. The world is full of addiction. Fucking hell. I need to be free from different things, especially internet stuff now. I’m sure they have their own version of flatline.

Almost there.
I can build up a mind that loves studies or being productive
I can make it. I can put my mind in motion again. I won’t need amusement stuff. I’ll be focused all the time. Cmon man, this is what you wanted. No distractions would be able to put you down. No girls, no movies/games, nothing else. 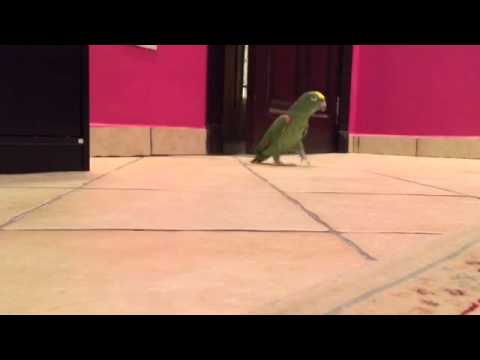 A retro futuristic concept had crossed my mind

following this
A thought crossed to me about “radio controlled cannons”
I often imagine about a different course of history taking place, and sometimes it becomes really fascinating on what would happen if certain developments did not happen and that people would master the current technology and make it highly efficient,
So in this I’m thinking about a medieval radio controlled cannon, and also a radio controlled multi barrel missile launcher, medieval style again. If the semiconductors hadn’t made their advancements, just the basic stuff and if radio/wireless technology would’ve been mastered during medieval times, add that to medieval guns and rockets. I wonder how would the wars have proceeded. Sort of a dystopian future type shit except that this is actually medieval world.

Everything hurts.
It again feels like I can’t take this anymore.
This emotional pain hurts like hell.
Too hard to hold on.
Cmon man, you can do this
I can do this. I can beat this.
Always. I can win against this

Watch this bro. I know you will like ie. thanks bro
I controlled it
My urges went out like rockets, I felt like I was holding them deep inside my mind and now they were free.
But Tratak helped me.
I even had a dream where I had achieved what I wanted and I was ready to move on to achieve something better. I was in a party with several of my friends there celebrating the shit. But a woman, specifically a pornstar (I won’t tell which one lol) comes to me and checks me out. Puts her hands around me and congratulates me and tells me to relax and tries to take me away to some other place

. I refuse and I tell her about my streak and that I don’t want to break it. It annoys her big time and I don’t even act like a “nice guy” to her. I take her hand off me and I guess when she had put her hands, and basically came close to me I even felt the “busts” against my body. But I pushed her away.

That’s so cool. Hope one day I will also get the same dream…

lot of decisions can change the whole course of your mind.

That’s so accurate. That’s why people on high streaks claim to have superpowers, they condition their minds to listen to them and not fall for its tricks and everytime we do that we are becoming stronger

Hope one day I will also get the same dream…

It’s about the feeling bro…

. I will wake up with a feeling of a giga Chad.
Just kidding…

will wake up with a feeling of a giga Chad.

That I can understand, happened with me a couple of times

.
But now a days even my nightfalls are not accompanied with dreams, I don’t even realise something happened until I wake up in the morning

. I guess that’s a good thing though

. Then his girl left him and he’s in pain rn. I called it out and then my comment gets flagged

. Then his girl left him and he’s in pain rn.

That wasn’t a diary bro, the topic was categorised as stories.

I have relapsed
Another bomb dropped in my life.
It will take time to recover
I will be out of this forum for now.
I need to reconfigure myself and start again.
To everyone who came over here, I’m truly thankful for the support.
Those people who said that they got inspired by my journey also boosted my will.
I’ve cried a lot in past few days. Things were chaotic and out of balance. I pushed myself too far as well.

I have got a brain fog. My head is quite dizzy since last 2 days. But I’m hopeful because I can find a way out.

Take your time bro. But my suggestion is come back soon .