I didnt know if such a thing happens, until I experienced one. Although its strictly a no PMO group, I thought that what I learned can be useful for you guys in any of your upcoming relationships to figure out who’s emotionally healthy and who’s not. I am sure most of you know this, but I am sharing to those who doesn’t know, or may be I am the last to know… Any case, give it a read. I was with covert one by the way.

Well, there are two kinds of narcissism.

We all know grandiose narcissists… They are full of themselves, they need constant admiration, they feel that the world revolves around them, they dont like anyone saying that they are wrong, unique and superior is what they feel… They over exaggerate their talents, they dont have empathy, fantasies about their successes, belittle others, expect special favours and unquestionable compliance from others, taking advantage of others, envy others, impatient, angry, rage has a sense of entitlement.

They dont love you, all the expect is power and control over you and you to be a constant worshipper of them, someone that praises and gives them everything they want… which is their supply.

But the most dangerous one among them is Covert narcissism.
Its so hard to spot it.

Covert narcissists are also called vulnerable narcissists.
Their powers are blame guilt and shame. They use these three weapons over others for their narcissistic supply. They are moody, they play the victimcard, so they draw pity from you, they don’t care about your wishes or desires, all they want is a punching bag and you are that. they never hold themselves responsible, never puts an effort for your desires, they project stuff onto you. Example someone shouted at them, they come and shout at you, they don’t take criticism well, they hurt you back even though you mean well, they never change no matter what, they have low self esteem, low self confidence, they pretend to have empathy but they dont, they take you for granted. They are also full of themselves in a different way. They blame you for everything thats happening in their life… They are sweet by the way, which is why its difficult to spot. You have an image of themselves being sweet, and everytime they are rude, you fail to recognize it. Well, they train you for that, like its a new normal. You feel like they dont get you, you walk in egg shells in a way that you don’t know if you meet a sweet person or a rude person anytime, they hold you responsible for everything.

Both these narcissists use tactics to manipulate you and abuse you. Abuse can be emotional and physical guys and through that they take supply from you. Overtime you feel emotionally exhausted by giving and giving.

Relationships have to have that give and take. They just take. They create a false environment where it’s all your fault.

Anytime, in any relationship, use your gut feeling. If you feel that you are not happy, or if something is wrong and you cant pin point what it is, just leave… Dont settle… Never stay in a relationship because physical side is good.

This is not medical diagnosing guys… Just some common stuff I learnt… Each of us have some traits of those but that doesn’t mean we are narcissists. A few are okay, all are not okay. 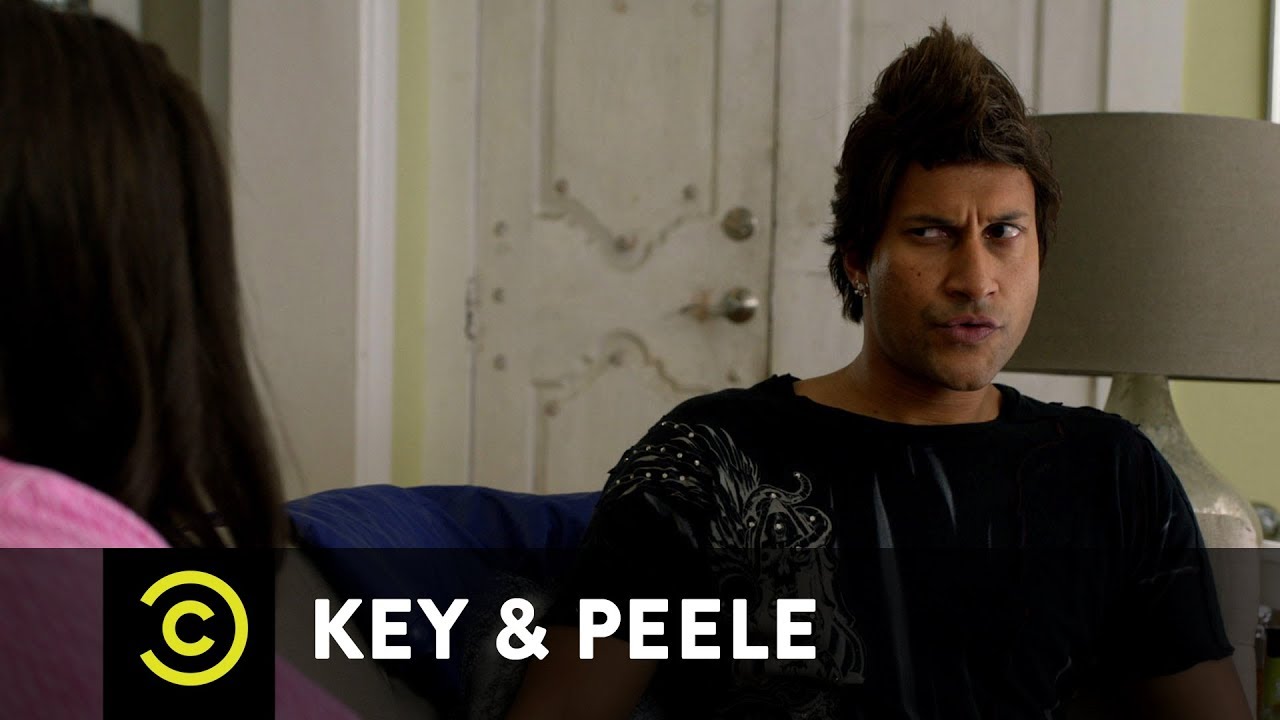 Haha… Funny but thats generally how some narcissistic relationships are like… We can’t argue with them, We cant even do constructive criticism with them or make them understand, or even help them to be honest. Its like a ball thrown on a wall, everything comes right back… And yes that too, everyone else is narcissist for them/ controlling. We say, why are you too angry, stop being angry… She says, yeah control me on that too… We are like, wait, what!!!

Lol this was so stressful and funny at the same time.

Ikr, I just hated that character Meagen although I love Key & Peele lol.

@JonSnow001 is it possible to spot a narcissist in the early stage like before you are getting physically involved?
I know a girl who purposefully comes late when I invite or respond to message as she is playing a certain kind of game through texting. Is it a normal women’s behavior or is it narcissistic beahvior?

What signs you can check in the early stage?

Thank you for your article.I just woke up and read this article 3 days ago.I just became depressed a lot finding out that I am a narcissist.2 days just went like I was lost.Full waste of those 2 days.
Also that’s because I went to a website survey to found out how much of narcissism lies in me.And that opinion gave me a superior in narcissism with just 3 points.That’s also because there were questions that I could not relate with but still I answered.
After that I know I need a change.I am working on myself.My thought processing.
Now @JonSnow001 ,as you have made this article.If you hv anything you can help with then please do and do that without any hate.

Brother, it is always great to hear someone want to improve/change for good. Since I understand narcissism very closely I can tell you somethings.
You know it is set in a narcissists mind to oppose things against ego or their superiorly.so it is gonna be way more tough and lengthy .
Firstly try
1.GRATITUDE MEDITATION
(It will slowly start to transform you)
2.BEWARE OF YOUR THOUGHT PROCESS
(even without noticing your subconscious mind is regularly doing its work to give you a supply , I mean in every way your mind is trying to make your thought process adjustable to ego needs.
So be aware , whenever your mind tries to curve things, produce anger . Stop there and think for a second)
3. Do empathy exercises with friends or family
Try to understand others, tell yourself in the mirror the truth.

Do these things daily . And you will see the results.

they have low self esteem, low self confidence, they pretend to have empathy but they dont, they take you for granted. They are also full of themselves in a different way. They blame you for everything thats happening in their life… They are sweet by the way, which is why its difficult to spot. You have an image of themselves being sweet, and everytime they are rude, you fail to recognize it.

I can’t believe it. This is how she was. Exactly the same. Low self esteem, and when I’d try to tell her some good stuff - eg. to wake up early in the morning, she would just backfire at me. I’d tell her not to watch series all night long, but she wouldn’t listen. And yes she was extremely sweet. I had a narcissist in my life. She’d wake up early sometimes and contact me. I had to do my assignment before college, so I’d tell that I’m busy and will talk later. She’d later hop on me. “I’m sad”, and the reason would be “you made me sad”. Bro I had my stuff to do, if I’m to talk to her how would I function properly?
I’d try to focus in class, she’d ask for my attention, if I would refuse then she’d simply cry victim. I don’t matter to you, you’re just about you. You don’t care about me and so on…
Damn. This is just insane. I had absolutely no idea people like this exist. What the hell

First kudos to you for recognizing and wanting to change… Most narcissists wont realize that. So, happy for you.

That being said, for us, to pinpoint and address those core beliefs, its hard. You need a clinical psychologist. They will talk to you, bring out the root of all, and give you some different ways to think and tells you how to work on them. So please meet one. If you are someone that doesn’t like meeting them, i used to be one that thinks that way, but it’s totally okay, I met them too, their tips, although seemed too normal, worked for me in recovering from my anxiety. Also, you need a full diagnosing, that wont come from online tests, then they will see a suitable way to help you.

Wish you the best.

By experience i must say that this post is GOLD