Hi everybody,
I am a newbie here. Today installed this app. Sometimes you cant tell others your feelings in real world. Sometimes it is not wise when you keep on breaking your promises especially those done to your wife.

Effects of edging on me :

a picture comes to my mind to describe edging 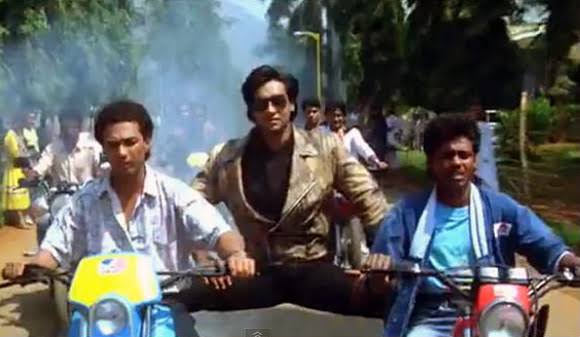 In this picture the man is standing over two motorbikes. He has a huge chance of opening his crack in the middle of the road

Similarly Edging is a Risky path. It is like a time bomb sooner or later you will explode. Either choose this side or that side. Dont travel on two motorbikes. Ride on one. It will be much safer.

⚕ What is Orgasm ?
Release of Energy is Orgasm.
Orgasm makes me weak and weaker everytime i do it.

This video saved me today :
https://youtu.be/ZuQ6Z6ixbP4

First of all, and I know this is off topic, but your wife has no right to put her hands on you. Had the genders been reversed, you’d be in the back of a squad car. You did not deserve to be physically assaulted.

Anyways, Most of the men on this forum were in the same place that you’re in now, so you came to the right place. You won’t find any judgement here.

My code is cf9a15. There’s tons of great guys here who can lend you support.

As for the symptoms that you’re describing, I understand the feeling all too well. My advice is - for the first few days of rewiring - it’s probably best to remove yourself from the internet altogether. It may seem hard at first, BUT remember, humans lived without internet for thousands of years. It’s only for the first few days. Turning off the WIFI on your phone might help as well, if the temptation is so strong.

But more importantly, I think I notice where a part of the problem may be lying:

On 15th day i again lost my control. I told all the story to my wife. She rebuked & slaped me.

If a woman doesn’t validate you, you won’t willingly have sex with you. If she rejects you, then she is making it clear that you didn’t live up to her expectations for whatever reason, and just one look at the incel community will reveal how damaging that can be to the male psyche over time.

Someone who hits you and shames you is obviously not a good (or reliable) source of validation, and humans have a funny way of resorting to other, less constructive means of simulating the needs that they feel they aren’t getting from a healthy source.

Think of a young boy from a fatherless household who joins a gang. The need for a male role model, protector, and mentor is hardwired into him, and since he never had that, he’ll search for it in other places.

I’m not trying to be an arm chair psychologist, nor am I claiming to know what your addiction history is like, but do think that there’s a correlation, based on what you’ve said?

PM me if you ever feel like edging again.

What books will you recommend to have knowledge like you on topics such as marriage/Men’s rights etc?

What books will you recommend to have knowledge like you on topics such as marriage/Men’s rights etc?

I actually don’t read very much on the subject of marriage or men’s rights, although I’m sure I’ve given that impression.

However, from my own reading list, I recommend the following:

In the third book I listed, there’s an entire reading list offered by the author towards the very end:

Its not that serious bro.
My wife gave me a light slap. She cares about me more than any other on this earth.
She has high hopes on me.
I have broken my promises many times. I deserved that.

Today again the Urges came but i didnt submit myself. I rised above those urges. Edging is a kind of mini relapse to me. I am gonna consider it as a lose.
But anyway i am back on track.
Thanks.

No one would be saying it was just that bad if the genders were reversed. But oh well, to each his own.

I’m glad to hear that you’re back on track. I nearly relapsed this morning.