How to hack procrastination?

If you want to catch 9 rabits, start with catching just one - Jack Ma

Summary and Conclusion
“You may delay, but time will not.”
— Benjamin Franklin

“The best way to get something done is to begin.”
— Unknown

“Begin to weave and God will give you the thread.”
— German Proverb

Anti-Procrastination Hack #1: Make yourself a little dumber. Stop overthinking everything. Stop visualizing in your mind’s eye the unpleasantness and joylessness of whatever it is you need to do. Just plow on like a dummy.

Anti-Procrastination Hack #2: Think only in terms of the very next physical action you need to take. Rather than overwhelming yourself with massive, seemingly impossible tasks, think only of the “next action.” For example, that might be writing an opening sentence, starting up PowerPoint and giving it a title, or calling the car repair shop for tire prices.

Anti-Procrastination Hack #3: Use the power of small wins to build momentum. As they say, “nothing succeeds like success.” Once you start being productive, it becomes exponentially easier to continue being productive. The most important thing is to just get started.

Anti-Procrastination Hack #5: Use the two-minute rule to prevent overload. If a task takes less than two minutes, do it right away. If you procrastinate on all these tasks long enough—which at first seem tiny and insignificant—they’ll quickly build up and you’ll find yourself overwhelmed.

Anti-Procrastination Hack #6. Break big, overwhelming goals down into bite-sized nibbles. It’s good to dream big, but big things are also easy to procrastinate on. Fix this by creating small “sub-goals” which move you toward the completion of your larger goal.

Anti-Procrastination Hack #7: Write down exactly when, where, and what you are going to do. Studies show that by writing down the specifics of what you need to do as well as when and where you will do it, you make it almost certain that the task will actually get done.

Anti-Procrastination Hack #8: Stick your butt in a chair and don’t leave for an hour. Or two hours. Or half an hour. Whatever works for you. No distractions. No Facebook or Reddit. None of that. You can just sit there and do nothing. But you’ll quickly find yourself just starting to work anyway. This is also known as the “butt-in-chair” method.
Anti-Procrastination Hack #9: Pretend you’re catching an airplane. Put all your devices on airplane mode for a set period of time, go find a quiet place to work, and get going. Once your airplane “lands”, you can turn off airplane mode on all your devices. I recommend having an “airplane day” at least once a week for a serious productivity boost.

Anti-Procrastination Hack #10: Make a “to-do” list for your distractions. Are you diligently working when all of a sudden an idea pops in your head? “I just had a thought, let’s go Google what a standing desk looks like,” or “What is the origin of the phrase, ‘crossing the Rubicon’? Let’s search it up on Wikipedia.” No. Pull out a piece of paper and write all these distractions/things you want to do, then go right back to work. Once you’ve finished working, you can go through your “distraction to-do list” guilt-free.

Anti-Procrastination Hack #11: Try the “(10+2)x5 Method.” In other words, work for 10 minutes (yes, seriously, it’s only 10 minutes—just do it!) and then break/procrastinate for two minutes. Repeat this five times for a total of one hour of working and breaking. After about an hour of doing this, you’ll find yourself sick of the constant breaking and wanting to just continue working (what a nice change, for once!). Ta da!

Anti-Procrastination Hack #12: Set yourself a deadline. A serious deadline. If you don’t meet this deadline, donate a predetermined sum of money to a charity you absolutely despise. If you can’t trust yourself to do that, get an accountability buddy or use a service such as https://www.stickk.com/.

Anti-Procrastination Hack #13: Make “done is better than perfect” your new motto. Seriously. One is more than zero, even if you were aiming for 10. You can’t edit a blank page, so kill your inner perfectionist and just do it anyway—even if it’s not worthy of a Nobel prize.

Anti-Procrastination Hack #14: Start procrastinating productively when you no longer feel like working. Mentally fatigued and feel like you can’t do anymore? Well, before you open up Facebook, start doing some less mentally demanding (but still productive) tasks such as responding to some emails, making a call, finding pictures for your PowerPoint presentation, lightly editing an article, and so on.

Anti-Procrastination Hack #16: Never tell yourself you “can’t” do something. Rather, tell yourself that you “don’t” do it. Saying, “I don’t eat unhealthy food” is far more empowering than saying, “I can’t eat unhealthy food.” And it shows. Using the word “don’t” (both to others and in your own self-talk) has been scientifically shown to double the likelihood that you’ll choose the better/healthier option. 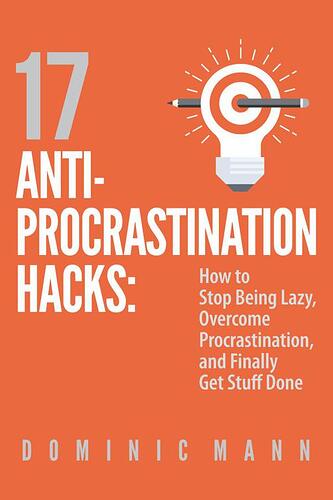 That’s really useful for most of us, thanks for sharing bro

You are a champion. Just remember that

Looks helpful, but instead of reading it right now I procrastinating by bookmarking it

procrastinating by bookmarking it

Same here, I do same most of the times… and even now I was thinking to do bookmark and then I will read it later.

Hahah! Just read 2 tips daily and you wll be free of procrastination
@Adidas2201 same applies to you.
Merci Beaucoup Amigo!