Day 10
Day 10 also going slow.
I did a little studying today.
Did exercise.
Today I was feeling a bit lonely. I had an annoying urge.
Eating habit is going well. I am probably sleeping a little more due to the cold weather. Don’t wanna do that.
Things are going nice and easy. Looking forward to tomorrow.

Day 11
I couldn’t study today as much as i wanted. I got hit by anxiety while studying. I was having a burning sensation inside my chest because of it. I knew the reason was psychological. I did Breathing technique and it helped. But anxiety was persistent. It was not going away. At least the anxiety did not trigger any urge. When i was eating it was hard to push food down my throat. I couldn’t continue studying and decided to relax. After an hour i noticed the pain was gone.

I don’t want to be demotivated.
At least I am not being unproductive. I am being regular which is better.

I think it was wise to relax a bit in order to deal with anxiety. People say that some of our phycological problems are bound with our body, so sleeping enough, exercising, healthy eating habbit are definitely helpful.
So you are doing great in fighting your unproductivity. Stay strong and keep going, and nothing will ever stop you!

Yeah, i thought about what happened yesterday and realized that it was not within my control.
i have methods to deal with anxiety but studying was making it worse, nothing was working. So, stop studying was last resort. I had no other option. I shouldn’t be sad about it, I am taking care of myself.

nothing will ever stop you!

I appreciate the encouragement. I intend to make it happen.

The way you handled yesterday was a victory, brother! Life won’t always be great, but we can still make better choices for ourselves, find better ways to meet our needs than we used to.

And may God bless you, keep you safe and protect you always my brother.

Peace be upon you.

Well done bro! It’s awesome to see your are winning both of your fights! I am feeling very awesome to see that you are doing so well and now it can only go better and better. Let’s go my bro we will reach that goal, your on fire.

Good luck and stay awesome!
God bless and all the best for you!

we will reach that goal

Yes we will as long as we persevere. It’s better to win the war than a single battle. Looking forward to the future. Living one day at a time.

Everyone’s well wishes made me grateful and humble. Love you all brothers!

And @Cubenix brother may God bless you and protect you as well.

Day 12
Studied little bit. I will finish a portion of my syllabus tomorrow God willing(inshaAllah)

I thought like yesterday around the same time at night anxiety may hit again. I remembered everything everyone said to me yesterday and continued studying smoothly. You guys really made a difference. I am happy.

No exercise today. Will wake up early tomorrow and then do it.

I got a lot of work to do tomorrow. 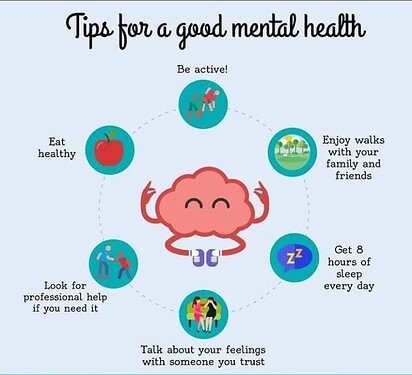 Day 14
So, where is entry for day 13? Well, Day 13 was a struggling day. Not because of any urge but mentally it was struggling. I don’t wanna talk about since i thought about it and don’t see anything positive in it. Let’s just say it was emotionally taxing and leave it at that. It took all my willpower to get back up and it made me feel good. Finally, I had to tweak a few things in my lifestyle plan and strategy. That’s it. Good thing was that i finished that portion of my syllabus i talked about on day 12.

Ate a satisfying breakfast in the morning today and it made me grateful. Got my eyes set on today(day 14).

. Amazed on your progress bro you can do it keep it going bro!

Day 16
(Btw Day 15 was not productive. Studying started off in full throttle but then i started procrastinating. Gotta be alert about that from next time. No exercise.)

Had trouble sleeping last night. I was having headache some time before going to sleep. Then on top of that there was a so-called “religious” singing majlis that started singing in a close neighborhood. Basically, “muslim” version of concert. They played whole night. I went to bed at freaking 2AM and they were still playing. The losers played the whole night!
Apparently they think this is piety even though it has no place in their religion. (I know. I have studied. It’s nothing but their selfish heart they are following).

I believe your character reflects your piety.
And If you fail to show basic decency(…like these fools did) that says much about you (By extension your piety).
ignoramus like this gives religion a bad rep.
Disgusting!
Anyway, rant over.

an urge came in the middle of sleeping, Lol. I put it off by saying meh, i wanna sleep.

Wasn’t much productive again today like yesterday. Studied very little & no exercise. At least eating and sleeping is on point. Trying to keep my mind fresh. I want to meet my goals for tomorrow. As long as there’s tomorrow i will keep going. No food in fridge. Seems like the perfect opportunity to order something good for myself tomorrow.

Day 17
Remember, the guys that ruined my sleep the previous day? Well, They were back at it again last night and surprise! I got no sleep at all last night. I don’t believe these guys love God as much as they love singing and banging instruments.
Anyway, So, basically today this was me: 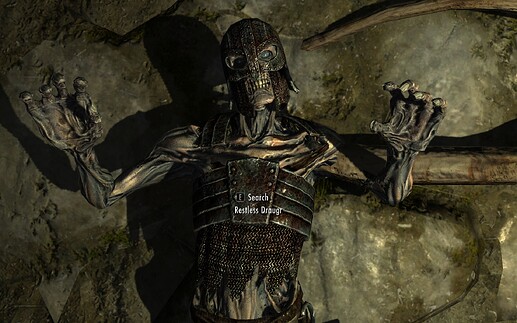 Personally, today was an emotional day. Won’t go into details but i finally could cry today. It’s been so long it’s like i forgot how it was like to cry. Made me feel better to flush out all the emotions. With that i am remaining strong.

Today’s urge was not a big deal.

Didn’t meet my study goal today but it was good enough. Exercise done and my mind is feeling fresh.

Day 18
Nightfall occurred last night. Feeling awesome because the extra build up is now out of my system. So the next few days i should have no problem from urges.
I don’t recall seeing any dream. So dream won’t linger on my mind. So this is a total win-win for me.

Today i became careless about my sleep. That affected eating on proper time. Failed to do that. Basically, my whole day was affected.
I am determined to not let this happen again.

Studying was too little because of this.
Exercised today to refresh my mind. I am enjoying exercising.

Day 19
Last night laying on my bed i recognized that i was not truly happy. I was wondering i have come far but why am i not happy?.. It got me thinking.
After a while, everything untangled and i had clarity about the whole situation.
It’s just that my brain chose not to think happily about my life. I should be happy for coming this far.
Regardless of that, there’s just so many things for me to be happy about. Alhamdulillah.
Finally, if you aren’t happy you will make less progress. Basically, you yourself is holding yourself back.
So, I choose to be happy from now on.

In the evening today i was about to feel down. But i pulled myself back up.

Studying done. Today is break day for exercise so no exercise today.

Jip, a wise man told me this once and I don’t recall where he gotten it . I don’t always follow it, but I hope I can build on it now, because I see man beyond my reach, but he is so close, but my mind is telling me to be the man I am now and not go for the better version . It is… just that uncertainty of a lot of things running in my mind to stop me from reaching my potential. But I am slowly fighting and gaining that which I wanna be. By the way back on my point:

‘That what you think about yourself, is that is what you will be’.

So I am going to stop limiting myself and so I hope others will too! Good luck and stay strong and stay awesome!

So I am going to stop limiting myself and so I hope others will too!

Yeah man, i don’t wanna limit myself. I will make that commitment to myself.

I don’t have much time… Thought i’d share this.
I recently discovered this technique & it works nicely for me. This is one of the things i figured out myself while in this journey.
When there’s urge you are maybe thinking to yourself that “I have to abstain from PMO”. I have to. I have to.
Rather think differently. try this: Be confident, (add breathing technique with it if you want) and then… Think that
“I am choosing to stay away from PMO”.

This will give you the sense of control over your urge. i.e. Give you the feel that you are in control. Urge will feel easy.

Yes taking control of ourselves is the best way to success ! Good luck mate