Why you are learning programming languages in the first place and why learning Spanish. Just focus on upsc alone brother. You able to backup easily what you built already in gym bro. That’s the good part of it. It seems like you dont like to talk to her, but your loneliness makes you to talk to her. It’s hard decision but quit that bro. Focus only on self development.
I agree with @Samaranjay , big aims leads to failures when you are starting up. For next 2 weeks just aim for 4 hrs study daily. Make studies as your priority, no gym before studies.

Come back again bro. The problem with us is we are not serious with nopmo. That’s why we give up soo easily, if we really try to quit, do we really give up this easily ?

You are a gentleman. Wish you the best girl of wishes in future.

@Busyman I recommend you watch this 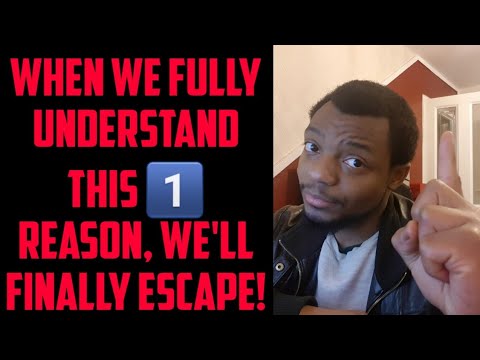 Thanks bro. This time I am serious, I get out of this shit

Bro, I am learning them as hobby. Not that I am devoting a lot of time in them, I have 2 apps namely “Duolingo” for learning human languages and “mimo” for learning programming languages. I spend hardly 10-20 minutes learning them on an average day, during breaks.
Studies for upsc are affected due to my own weakness and lethargicity and I cannot blame anyone or anything for that. I need to get back. And yes, I’ll start again with smaller hours.

I was very serious man, Idk what went wrong in past few days. All the negativities are getting inside my head. I’ll start meditating and praying soon.

Thanks for saying that bro, but Idk if I’m qualified enough to be called a gentleman yet. Because in my younger years, I never wished to have any gf and had decided to touch a female only after marriage. Then, I became a guy desperate to have a gf just to have sex, but I didn’t have the courage to talk to any girl irl at all. Even the women who showed any interest in me irl were kind of those who I’d never get attracted to. Then, I became a person who replaced the craving for females irl with females from other countries on internet. Though tbh, it wasn’t my fault, as I was kind of overwhelmed by the fact that although Indian females don’t like me, I am able to attract females from other countries easily. Then, I feel that I got obsessed with a female and her absence made me a lunatic psychopath who made it worse by isolating himself from everybody . Then in the end, I joined incel community where I became so misogynist that the term “misogyny” itself would get ashamed of the level of language I have used for the females. And this is the last stage, and probably the longest stage (over 2 years) in past decade where I am trying to better myself again.
As for this girl, she met me before I joined the incel community and had admitted of having a crush on me in the past. But I had rejected her, because I wanted the “real” experience. So, I left her and after a few months she found another bf, while I found the incel commuinty. LOL. But I consider her as my only real friend as she listens to me even in my worst times and helps me in every possible way. So, I feel kind of responsible towards her and I often have to remind her to stay away from me, so that her relationship doesn’t get affected. And she’s a wise girl, she’ll understand it.
Right now, I am trying to be a gentleman. Lets see.

I don’t think you are serious bro. Always finding excuses, take 100 percent responsibility bro. You can quit this shit, you have all power within you

If you stay with the limit, no problem bro. If suppose she is one of your reason for fapping, then its better to cut that friendship.
Surely you able to be gentleman bro. Your views are soo positive. But actions are pretty much messed up due to your addiction, sexual desires other than that you are a gentleman

You are right bro. I will try to wake up early from tomorrow and study, and anything will follow only after that.

Thanks bro, probably my sub conscious mind is decreasing my seriousness. I’ll start again, this time with extreme seriousness.

As time goes on and on. If You get no victories, then your seriousness lacks a lot. You have to aim small, accomplish that, so your seriousness and hope towards life increases again. We need to register the victory

No bro, of course she is never the reason for my relapses. Tbh I don’t even feel sexually attracted towards her. She is only a friend to me, a true friend. But whenever she does stupid acts like that, I have to tell her things she often forgets.

Oh okay bro. Then it’s fine, dont lose that friend. Let’s wake up early and make it happen from tomorrow.
Let’s make it a challenge for 30days bro

You are right bro. Even I fell back into this addiction after a massive failure and haven’t been able to return ever since. Thats a very valuable point you have mentioned bro.

Yes bro, and if we can complete it, then we’ll even continue it forward.

Yes. If we register success, happiness built by itself and depression goes away. We become stronger naturally… Its a long process to cure depression completely but worth it.